How can I increase the brightness of photos on the HTC Wildfire S?

I just moved from a Sony Ericsson C510 to a HTC Wildfire S.

Although the Wildfire as a flash and the C510 doesn't, I was able to take pictures in dim rooms better with the C510 than the Wildfire. Even using the flash creates dark pictures.

For example, in this picture you can see in the reflection in the picture glass in the lower left that I used the flash but the flash was so weak that it didn't seem to make the picture any brighter than without the flash. 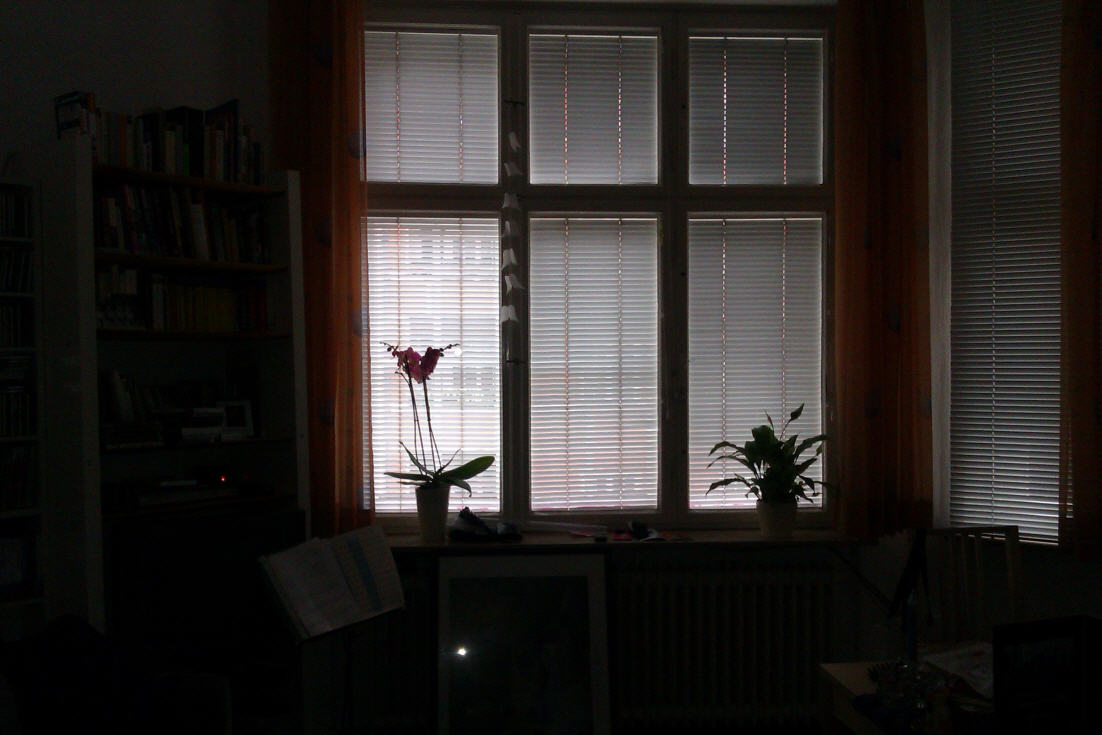 What settings can I change on my HTC Wildfire S to help make pictures taken in dim rooms brighter?

You can access advanced options to better configure your photos outcome and maybe improve them on that particular environment.

Open the menu panel to access and change camera settings:

To open the camera settings, while within the Camera application, press your device "menu" button.

These are the most relevant settings to play with in order to obtain better results to your current scenario. You can read all about this and the remaining available settings on the users manual for your device under page 86.