Is it possible to run an app twice side by side on the MIUI?

It is said that with MIUI, it is possible to run the same app twice as if they are on two different phones. (example: WeChat or Line running with a work account and one running with a personal account).

Is it possible to run the same app twice, and side by side on an Xiaomi Redmi 4X with MIUI 8? Or is it only possible to show them one at a time?

And if it is possible side by side, can it be vertically or horizontally split on the screen, but won't the 2 apps be really small and make it not practical to play at the same time?

Could some screenshot / YouTube video be posted if you are possible to make it happen?

You can't play the same game simultaneously, while gaming the active window only will be active in split-screen mode (see the example below), but you can play while you're watching Youtube, because gaming isn't like watching or listening.

1. Force activities to be resizable

To force apps that doesn't support split screen feature, you have to enable this option from Developer Settings:

Now, you can use split-screen with any app, even if it doesn't support split screen feature.

Note: Parallel Space has access to many dangerous permissions

In the picture below I'm Playing Clash Royale and Clash of Clans (by default they don't support split-screen feature) in split-screen but not simultaneously. 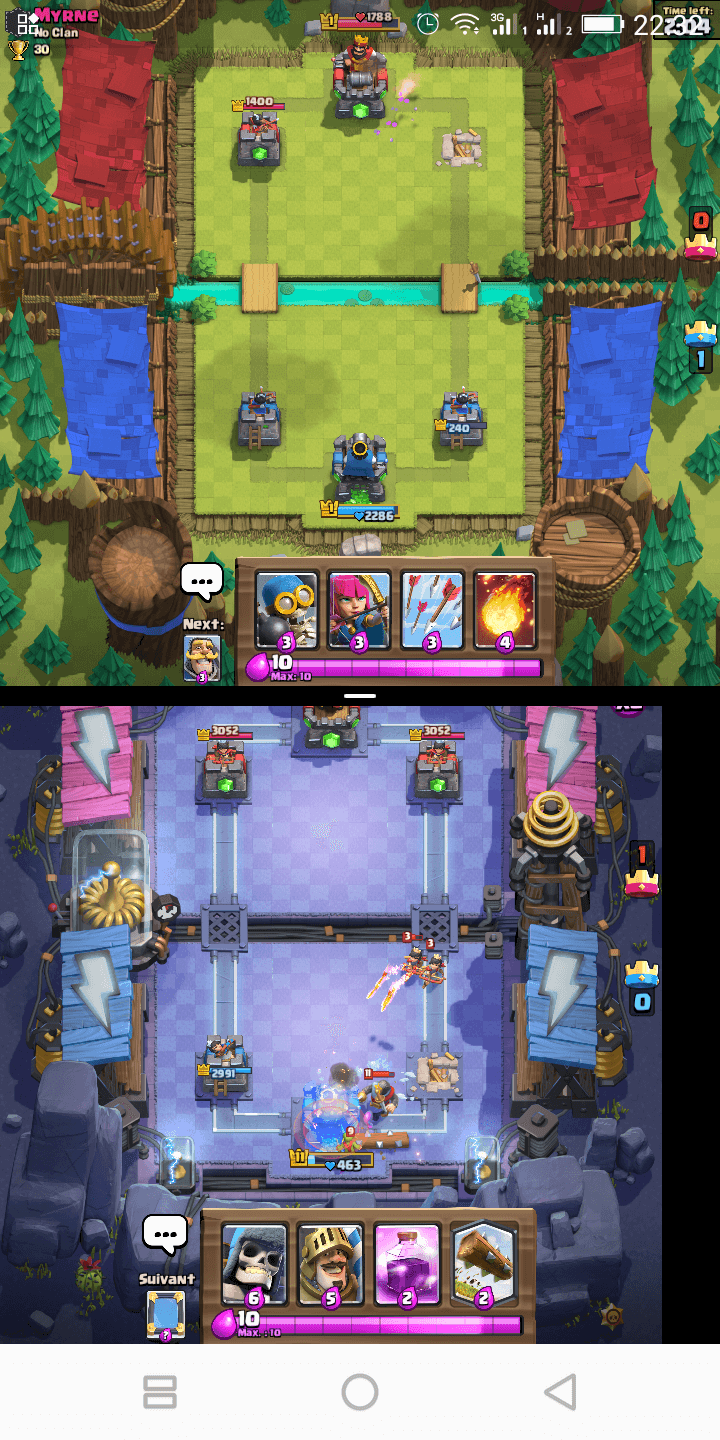 On MIUI, you can play both game simultaneously since they don't use the native splitscreen made by Google.

On MIUI installed on Nougat or Oreo, you don't need to install parallel space since it's native in MIUI but you still need to force activities to be resizable.